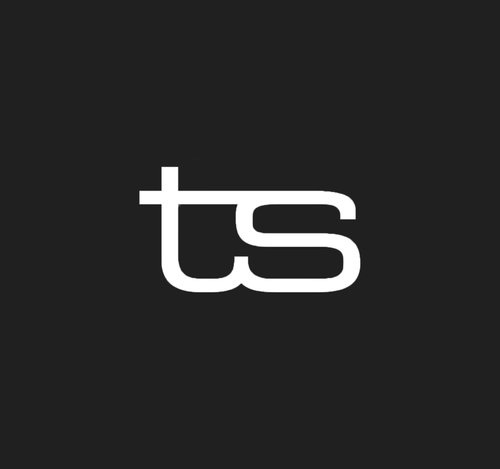 How to improve your photography (or anything else for that matter...)

Have you ever asked a loved one what they think of a photo you're super proud of? Let me go out on a limb here and guess that they said something along the lines of "Awww wow! that's brilliant! Well done baby..."

You get a lovely warm feeling in your belly after that confirmation that you're just as awesome as you think you are and share it on social media only for it to be ignored or even worse, damned with faint praise...?

We've all been there, but why does this happen? The answer is quite complicated and obviously varies greatly depending on who is asking whom but I think a strong thread through all scenarios is that people tend to recoil from the thought of hurting someone's feelings; especially face to face. Which is a good thing!

Social media is full of motivational posters telling you to 'cut the negative people from your life and this can be true. There are some real emotional vampires out there who can suck the will to live out of you with the tiniest flash of the stink-eye and you need to distance yourself from these 'wing clippers' as much as possible. They can have a real negative impact on your life.

The thought of being one of these people has stopped most well-meaning and genuinely concerned people from feeling free to make this effort and take this hit for someone. After all, who wants to feature in a future famous person's life story as 'the hater that was my motivator, the person who told me I shouldn't bother...?

What are the consequences of this? Is this the reason "millennials" have the reputation of being "snowflakes"? It can't be their fault though, can it? After all, we made them. We have chosen as a society to evolve into this place where it's socially unacceptable to criticise anyone at all face to face, well, at least without a 10-minute introduction and an already typed out 'development plan' for the receiver of the criticism; then issuing them a signposting list of where and when they can get the help and support they need... I'm not saying this is a bad thing, I may have benefited from the kid gloves approach myself from time to time.

Can this swing in one direction regarding face to face interactions account for the exact opposite happening in the parallel universe of online hate where it's almost impossible for some people to scroll by someone stepping even a millimetre out of line without having to lash out with the gloves off in the comments section?

Is this how so many people make it all the way to being stood in front of Simon Cowell on The X Factor only to find out they're absolutely shit at what they do in a storm of online public humiliation? Because not one person they knew had the confidence or interpersonal skills to productively and constructively criticise them and say what amounts to: "I honestly don't think you're as good as you think you are, there are some glaring shortfalls in what you're putting forward; work hard by doing a, b or c to get better at it in area x, y and z or move on with your life."

There's something very important hidden in the line 'let your haters be your motivators' though. Along with every great life story where some hero overcomes adversity/bullies/parents who told their children they'd never amount to anything, it was the criticism, whether 'constructive' or not which is mentioned as a key motivating factor in the hero's story. Of course, the counterpoint to this is that it's impossible to even guess how much potential has been extinguished by mean spirited assaults on the confidence of gifted people by poor teachers, jealous peers, controlling partners, awful parents, Internet trolls and all other people who lack tact and/or empathy...

So here we are, stuck between a rock and a hard place. Damned if we do and damned if we don't; with everyone at a loss to the situation. I'm not smart enough to figure out a way around this for everyone but I have found something that works for me and it involves taking a hit on purpose.

What do I do to swerve this 'crisis of criticism'?

I try to take ownership of the process. I make it perfectly clear that any hard feelings are entirely my responsibility.

If I'm working on anything and I need an honest opinion on it in order to overcome any oversights I may have from staring through the problem for too long, I demand criticism. I resist the urge to ask "What do you think of this?" or "Do you think this is good?" and go straight to "What's shit about this?" or "What do your eyes get drawn to in this that shouldn't be there?"

Even this direct approach isn't strong enough to break through the conditioning we've all had sometimes. Jessica will often say something on 'good-mum-autopilot' like "Nothing's shit in it it's really nice." which is even nicer to hear than if I'd passively asked her to say that with a "What do you think of this?" so I push harder... "Thanks, baby :) But do me a favour: close your eyes and try to think about something else, now open them again and just try to observe where your eyes go to and if it seems a bit out of place..."

"Hmmm... That alarm box on the wall over there is annoying me..."

"That hair on her cheek... That would piss me off if I'd just paid to have my hair done and had a photoshoot..."

Boom! Genuine, honest, valuable feedback. Something I can work with to improve and it's come with no weirdness or resentment. None of the bad feelings is on the person I asked, in fact, the person I asked feels good about helping me out with something.

"Oh, yea! You know, I've been staring at this for over an hour and my eyes didn't pick up on that... Thanks!"

Of course, I recognise that I'm lucky to have people I trust to ask and not everyone does! But If you're reading this and you'd like some honest feedback on something you're doing then I'd be happy to help you. As long as you ask me in a way that all of the blowback falls onto you :)

in the comments section, be as harsh as you like, I'm a big boy...